“We the jury find the defendant, Jason Van Dyke, guilty” 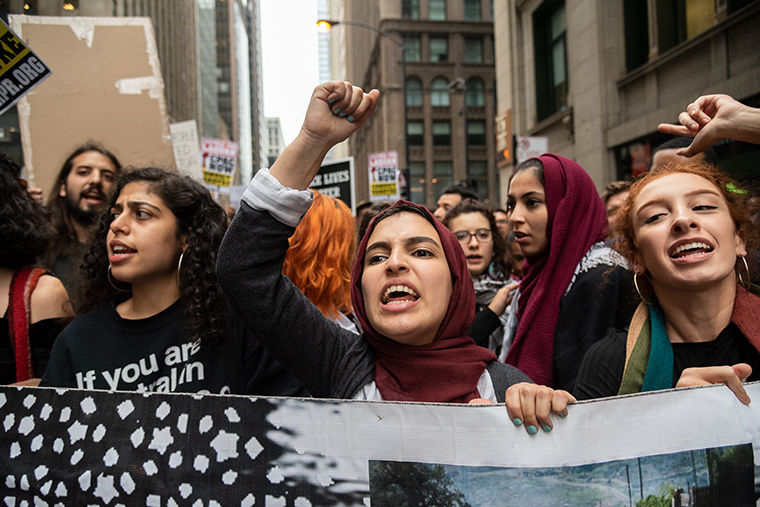 Demonstrators marched through Chicago Oct. 5. to celebrate the verdict in the murder trial of Chicago Police Officer Jason Van Dyke.

By Blaise Mesa and Tessa Brubaker

Demonstrators rallied across Chicago Oct. 5 after Jason Van Dyke was found guilty of second-degree murder and 16 counts of aggravated battery with a firearm.

“My sons, like me, they’re afraid of police. Now to show them as a black man, they can walk the street and not have to worry about the police shooting them,” said Jerry Coleman, a South Side resident. “If [the] police pulled me over, I’m keeping my hands up until they leave. I’m scared for my life. You shouldn’t feel like that when you see the police; you’re supposed to feel protected.”

Second-degree murder is defined as a non-premediated killing, and carries a sentence of 4-20 years with the possibility of probation.

Aggravated battery with a firearm carries an average sentence of 6-30 years per charge.

The judge ruled Van Dyke’s status hearing will be on Oct. 31.

Demonstrators rallied at multiple locations, including outside City Hall and the Leighton Criminal Courthouse.

“For the youth [this verdict] means they matter,” said Ursula Phoenix, a Pullman resident.  “For Chicago, it means that Rahm Emanuel needs to resign today.”

Janette Wilson from Rainbow PUSH said she was disappointed Van Dyke was guilty of second-degree murder instead of to first-degree murder.

“We have to wait to see how the judge issues a sentence,” Wilson said. “Police officers now know you can’t shoot African American males.”

Correction 10/17/18 at 4:04 p.m.: A previous version of this article said Van Dyke will be sentenced Oct. 31, but the court will hold a status hearing on that date. The Chronicle regrets this error.